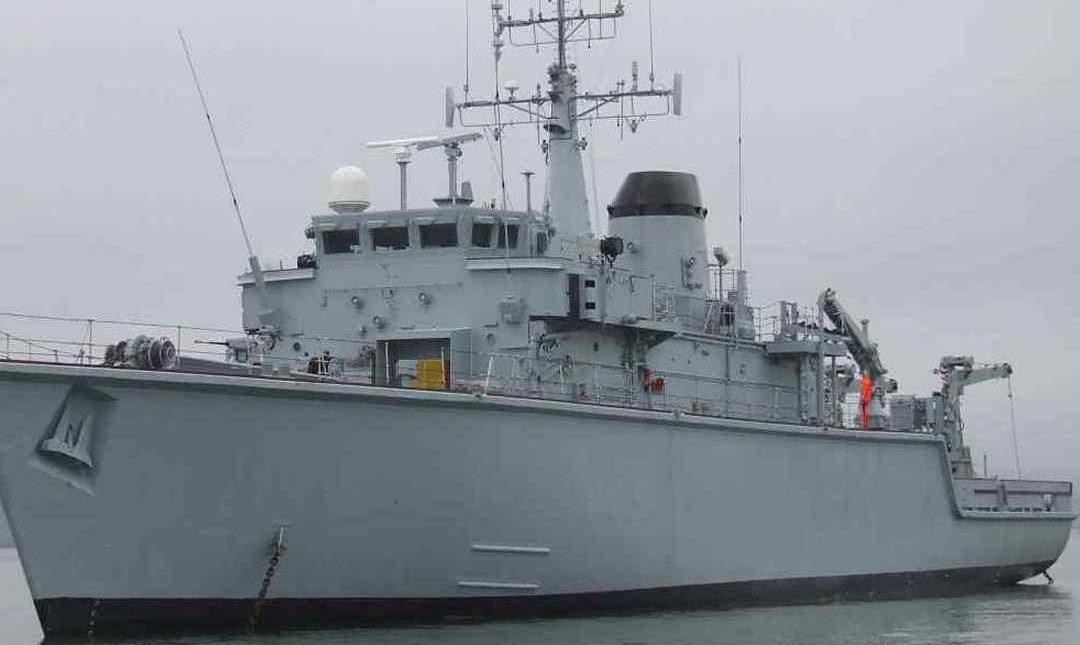 Royal Navy Initial Rating Training new Royal Navy recruits, HMS Raleigh, is situated on the banks of the River Tamar in Cornwall, despite its nautical name, HMS Raleigh is a 239 acre landlocked site.

There are 450 or so new recruits who are stationed here at any one time, and every Sunday, HMS Raleigh welcomes around 60 new recruits, and puts them through an intensive 10-week introduction to the Royal Navy.

Normally, there are two classes of about 30 Royal Navy recruits, both male and female. The Royal Navy targets recruits between between 18 and 24 years of age, but it is possible to sign up from when you are 16 to the day before your 37th birthday. There are no height restrictions in joining the Royal Navy, and recruits come from all over the UK and overseas. The beds in each mess deck are set inches apart, and the windows have been designed to look like those aboard a naval vessel.

Week two, is when the instructors start to figure out the personalities of the new recruits. Some recruits already have a long-term plan but other recruits take the experience day by day. During week 2 installing discipline is a major ingredient of Royal Navy Basic Training.

Part of the discipline process are regular ‘kit musters’, which consist of inspections of uniforms, equipment and lockers. Shock tactics will be used during week two of Royal Navy Basic Training to get the recruits into line.

In week three, the new Royal Navy recruits will be introduced to firearms. A lot of the firearm training takes places in classrooms where you will be able to hear the sound of rapid gunfire from the ranges outside.

The recruits will consist of people with a range of abilities, and are encouraged to work as team to help each other in the firearms training (along with every other discipline).

At the end of the firearm training, the recruits will be able to memorise the name of all of the parts of the firearm, safely handle, strip down and check the weapons, and to fire a SA80 assault rifle.

During week 4 the fitness training will start to become a lot harder.

In the gym, the Royal Navy recruits will be set a gruelling schedule of circuits and sprints, rope climbing, shuttle runs and crunches. No allowances will be made for any recruit.

The initial fitness training (IMF) is based on a programme used in Sweden, and is designed to find the strength and weaknesses of the recruits. Both men and women follow the same fitness regime and walking is not permitted in the gym building as the recruits must run everywhere.

Marinisation Training takes place during weeks five to eight and will cover areas such as:

During week nine, the recruits’ new skills are tested.

During this period, the recruits will be taken to Jupiter Point, and sailed the moored training ship – the HMS Brecon (a decommissioned warship), where they will have to negotiate Operation Bright Diamond.

On the way to Jupiter Point, the Naval recruits will have to have to pass the 50 metre swimming test.

During the two and a half days of Operation Bright Diamond, the recruits will be prepared for the worst-case scenario.

In week 10, the recruits will undertake the passing out parade – a march in full uniform with rifles – in front of friends and family, as the recruits are then ready to begin further training.

The essential training in line with advice from Public Health England. Some of the measures include:

Find out about our Royal Navy Basic Training Kit here